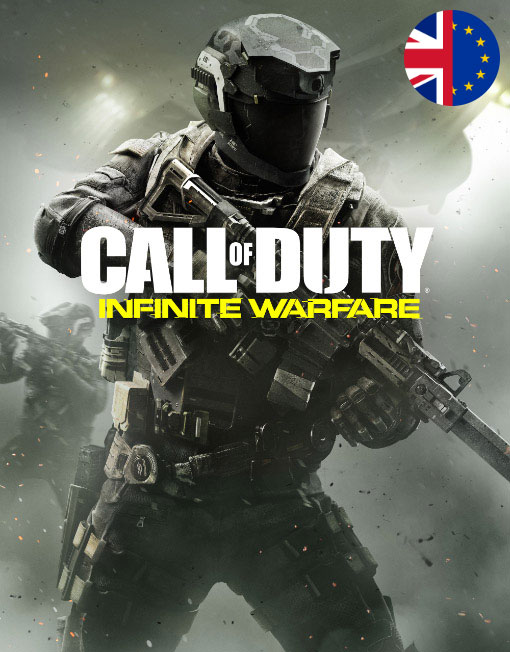 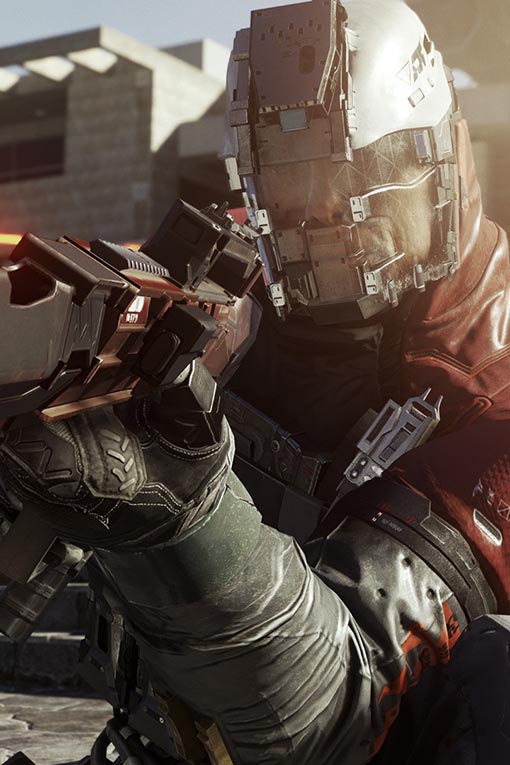 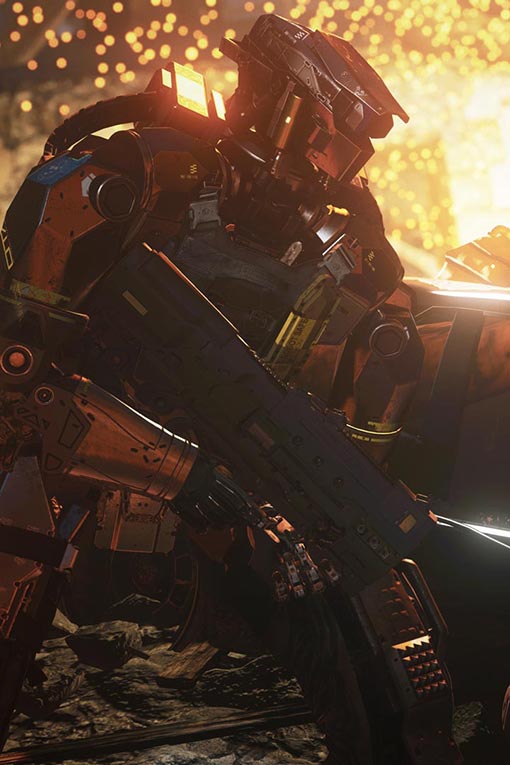 Call of Duty: Infinite Warfare will take players on an unforgettable journey as they engage in heroic battles from Earth to beyond our atmosphere against a relentless, enemy faction that threatens our very way of life. Infinite Warfare delivers three unique game modes: Campaign, Multiplayer, and Zombies.

Infinity Ward, the award-winning studio that helped create the blockbuster Call of Duty® franchise, reaches new heights with Call of Duty: Infinite Warfare. At its core, Infinite Warfare returns to the roots of the franchise where cinematic, immersive storytelling takes center stage as told through an unfolding large-scale war and epic battles that deliver an authentic Call of Duty experience.

Call of Duty: Infinite Warfare delivers something for every Call of Duty fan with three unique game modes: Campaign, Multiplayer, and Zombies. Delivering a rich and engaging narrative in a setting unlike anything to date in a Call of Duty game, the campaign is a return to the franchise’s gritty, military roots throughout new environments never before seen in the franchise.

The player will embark on a classic war story about grand scale naval warfare; all set in a grounded future where human conflict has spread throughout our solar system. Multiplayer action combines Call of Duty’s popular chained-based movement system with ground-breaking gameplay innovations to deliver the deepest and most engaging Call of Duty experience to date. The title introduces stunning, never before seen, multi-planetary environments, new weaponry, and all-new player abilities to Call of Duty. In addition, the new Zombies experience will thrill co-op players with an original, direction featuring fun and unique gameplay, all wrapped into an uproarious narrative sure to excite fans.

Call of Duty: Infinite Warfare will take players on an unforgettable journey as they engage in heroic battles from Earth to beyond our atmosphere against a relentless, enemy faction that threatens our very way of life. It’s grand scale war and hallmark boots-on-the-ground Call of Duty action with memorable characters, rich emotional arcs, and stunning new environments, all within an epic new setting.

A CALL OF DUTY CAMPAIGN TO REMEMBER

Call of Duty: Infinite Warfare puts storytelling front and center, in a deeply engaging narrative. It features jaw-dropping set-pieces and blockbuster cinematic moments, while also delivering a gripping portrayal of war that harkens back to the roots of the franchise. Infinity Ward also breaks new ground by thrusting the player into wartime leadership as Captain Reyes, a Tier 1 Special Operations pilot, who takes the helm of the Retribution, one of Earth’s last remaining warships. In a time of unthinkable hardships, Reyes must lead the remnants of coalition forces against a relentless foe in a war that spans our solar system.

The Settlement Defense Front (SetDef) represents a splinter group of insurgents that broke away from the United Nations Space Alliance during a war of secession, years ago. In the world of Call of Duty: Infinite Warfare, our planet has been stripped of its natural assets through population growth and industrial expansion. The people of Earth now rely upon colonies throughout the solar system to mine planets and asteroids for necessary fuel and other resources. The SetDef is a fascist power, comprised of brutal and militant radicals, toughened by the extreme conditions of offworld environments. They seek to control those outposts and their wealth, putting a stranglehold on the countries of Earth. After years of uneasy stalemate, diplomatic relations are strained, and it will take only the slightest nudge to lead to full-scale war.

GEAR UP FOR INTENSE MULTIPLAYER

Call of Duty: Infinite Warfare will incorporate the popular chained-based movement system players know and love into an innovative multiplayer experience that rewards players more than ever before for utilizing their surroundings and applying strategy in the heat of the moment. Maps are designed to further leverage the chained-based movement system and immerse players into fast, fun, and frenetic gameplay that players have come to expect from Call of Duty. With its new approach to play, multiplayer will bring innovative gameplay that challenges players to achieve their goals in creative ways based on their specific play style.

BATTLE THE LIVING DEAD IN A ZOMBIES THRILLER

Infinity Ward introduces a fresh take on the nightmarish Zombies mode in Call of Duty: Infinite Warfare. With an all-new, immersive Zombies storyline for players to uncover and explore, players are thrust into a spine tingling adventure not for the faint of heart. Zombies will take players on a wild ride with a multitude of new features, while thrilling players with the core mechanics that fans have come to expect from the mode.

Call of Duty Infinite Warfare base game for PC – downloaded via Steam.

Is there any region lock for Call of Duty Infinite Warfare?

How will I receive my download for Call of Duty Infinite Warfare?

How do I activate the key for Call of Duty Infinite Warfare?