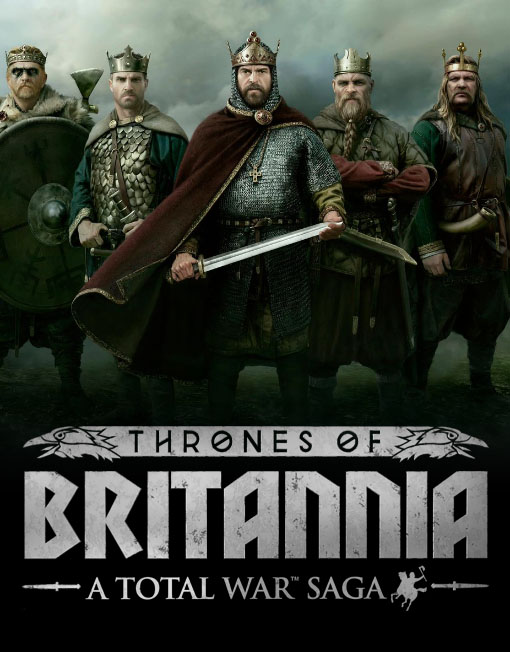 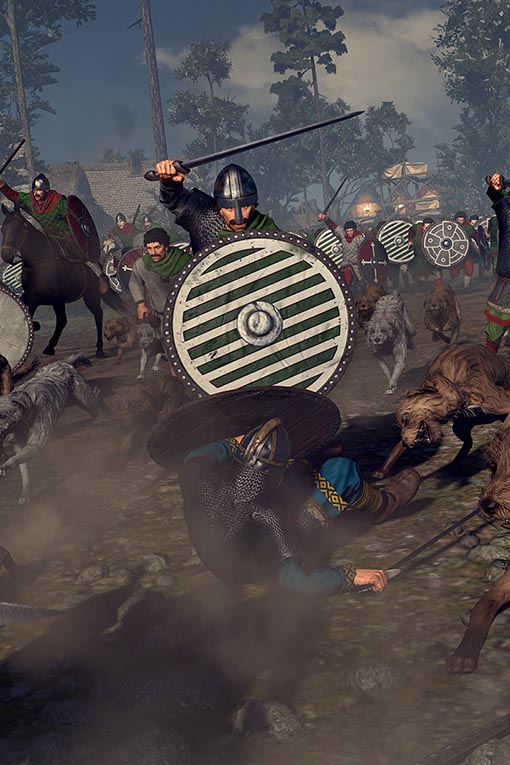 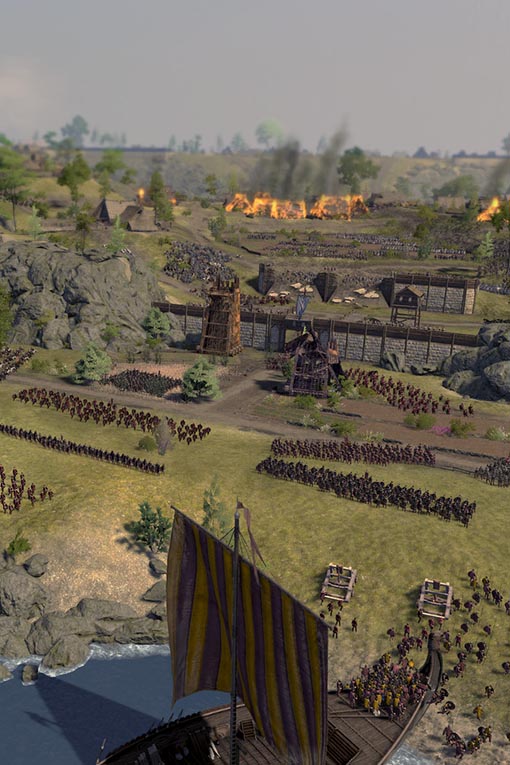 From the multi-award-winning strategy series, A Total War Saga: Thrones of Britannia combines huge real-time battles with engrossing turn-based campaign, set at a critical flashpoint in history. Anglo-Saxons, Gaelic clans and Viking settlers clash for control. What Kingdom will you build?

The year is 878 AD, the embattled English king Alfred the Great has mounted a heroic defence at the battle of Edington, and blunted the Viking invasion. Chastened – but not yet broken – the Norse warlords have settled across Britain. For the first time in nearly 80 years, the land is in a fragile state of peace.

Throughout this sceptred isle, the kings of England, Scotland, Ireland and Wales sense a time of change approaching; a time of opportunity. There will be treaties. There will be war. There will be turns of fortune that become the stuff of legend, in a saga that charts the ascent of one of history’s greatest nations.

Kings will rise. One will rule.

Thrones of Britannia is a standalone Total War game which will challenge you to re-write a critical moment in history, one that will come to define the future of modern Britain. With ten playable factions, you must build and defend a kingdom to the glory of Anglo-Saxons, Gaelic clans, Welsh tribes or Viking settlers. Forge alliances, manage burgeoning settlements, raise armies and embark on campaigns of conquest across the most detailed Total War map to date.

How will I receive my download for Total War Saga Thrones of Britannia?

How do I activate the key for Total War Saga Thrones of Britannia?