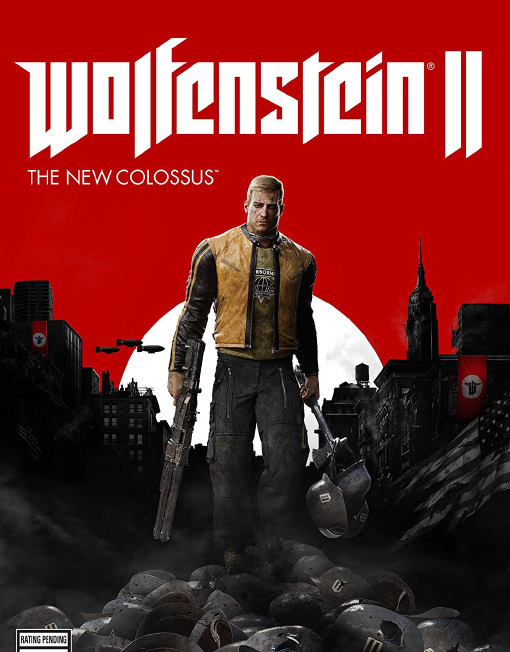 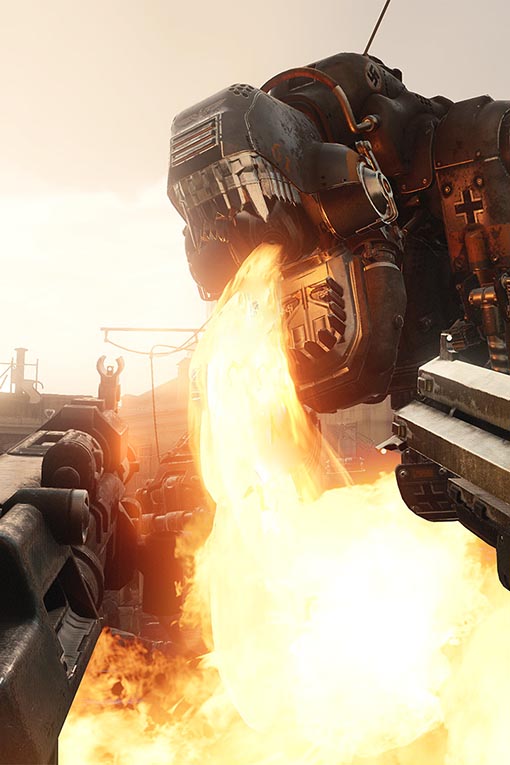 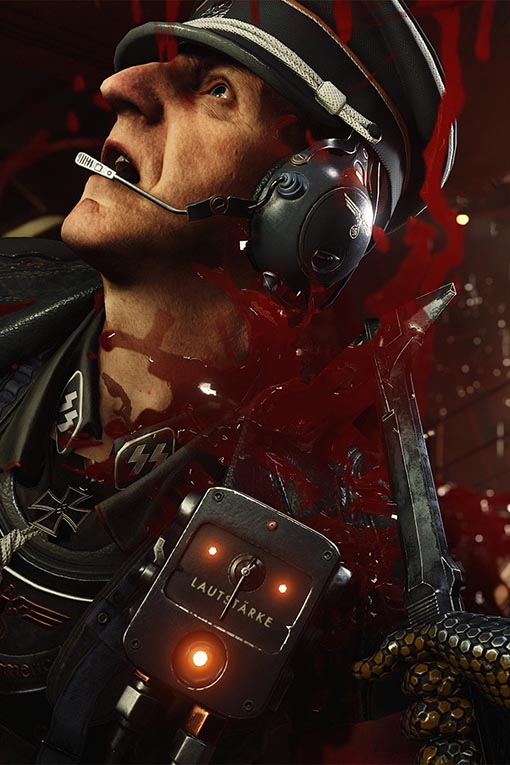 America, 1961. The assassination of Nazi General Deathshead was a short-lived victory. The Nazis maintain their stranglehold on the world. You are BJ Blazkowicz, aka “Terror-Billy,” member of the Resistance, scourge of the Nazi empire, and humanity’s last hope for liberty.

Wolfenstein® II: The New Colossus™ is the highly anticipated sequel to the critically acclaimed, Wolfenstein®: The New Order™ developed by the award-winning studio MachineGames.

An exhilarating adventure brought to life by the industry-leading id Tech® 6, Wolfenstein® II sends players to Nazi-controlled America on a mission to recruit the boldest resistance leaders left. Fight the Nazis in iconic American locations, equip an arsenal of badass guns, and unleash new abilities to blast your way through legions of Nazi soldiers in this definitive first-person shooter.

America, 1961. Your assassination of Nazi General Deathshead was a short-lived victory. Despite the setback, the Nazis maintain their stranglehold on the world. You are BJ Blazkowicz, aka “Terror-Billy,” member of the Resistance, scourge of the Nazi empire, and humanity’s last hope for liberty. Only you have the guts, guns, and gumption to return stateside, kill every Nazi in sight, and spark the second American Revolution.

The Mission: Liberate America from the Nazis

Strap in for a heart-pounding journey as you fight the Nazi war machine on American soil. As BJ Blazkowicz, protect your family and friends, forge new alliances and face the demons of your troubled past as you rally pockets of resistance to overthrow the Nazi occupation.

The People: Rally the Resistance

Immerse yourself in a world brought to life by unforgettable characters who bring a new level of personality to the franchise. Reunite with your friends and fellow freedom fighters such as Anya, Caroline, Bombate, Set, Max Hass, Fergus or Wyatt, and befriend new characters such as Horton and Grace as you take on the evil Frau Engel and her Nazi army.

Blast Nazis to bits with high-tech weaponry such as the Laserkraftwerk, a multi-purpose, high-intensity laser weapon that can disintegrate enemies, or the Dieselkraftwerk, a rapid-fire, gas-powered grenade launcher that can devastate groups of enemies, or get up close and personal with advanced pistols, submachine guns, and hatchets. When you need a little more versatility, upgrade and dual-wield your favorite guns!

The Plan: Kill Every Nazi in Your Way

Everyone’s favorite pastime! Unleash your inner war hero as you annihilate Nazis in new and hyper-violent ways. Lock and load futuristic guns and discover BJ’s new set of abilities as you fight to free America. Regardless of your playstyle, invent all-new ways of stabbing, shooting, and killing Nazis.

Wolfenstein II 2 The New Colossus base game for PC – downloaded via Steam.

Is there any region lock for Wolfenstein II 2 The New Colossus?

This game can be played worldwide – with the exception of Germany & Austria.

How will I receive my download for Wolfenstein II 2 The New Colossus?

How do I activate the key for Wolfenstein II 2 The New Colossus?