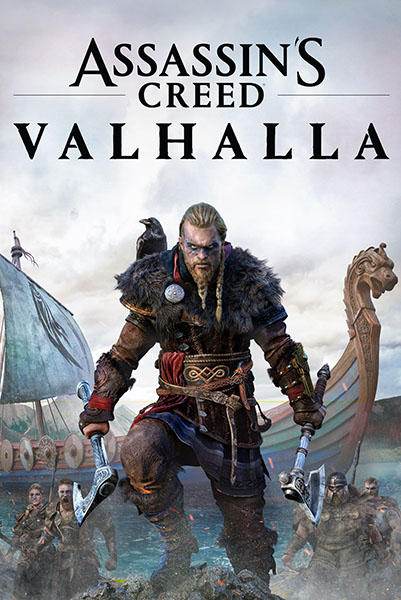 In Assassin's Creed Valhalla, become Eivor, a legendary Viking raider on a quest for glory. Explore a dynamic and beautiful open world set against the brutal backdrop of England’s Dark Ages. Raid your enemies, grow your settlement, and build your political power in the quest to earn a place among the gods in Valhalla.

Build your own Viking Legend

Become Eivor, a Viking raider raised to be a fearless warrior, and lead your clan from icy desolation in Norway to a new home amid the lush farmlands of ninth-century England. Find your settlement and conquer this hostile land by any means to earn a place in Valhalla.

England in the age of the Vikings is a fractured nation of petty lords and warring kingdoms. Beneath the chaos lies a rich and untamed land waiting for a new conqueror. Will it be you?

Blaze your own path across England with advanced RPG mechanics. Fight brutal battles, lead fiery raids or use strategy and alliances with other leaders to bring victory. Every choice you make in combat and conversation is another step on the path to greatness.

Lead a crew of raiders and launch lightning-fast surprise attacks against Saxon armies and fortresses. Claim the riches of your enemies’ lands for your clan and expand your influence far beyond your growing settlement.

Unleash the ruthless fighting style of a Viking warrior as you dual-wield axes, swords, or even shields against relentless foes. Decapitate opponents in close-quarters combat, riddle them with arrows, or assassinate them with your Hidden Blade.

Your clan’s new home grows with your legend. Customise your settlement by building upgradable structures. Unlock new features and quests by constructing a barracks, a blacksmith, a tattoo parlour, and much more.

Recruit mercenary Vikings designed by other players or create and customise your own to share online. Sit back and reap the rewards when they fight alongside your friends in their game worlds. 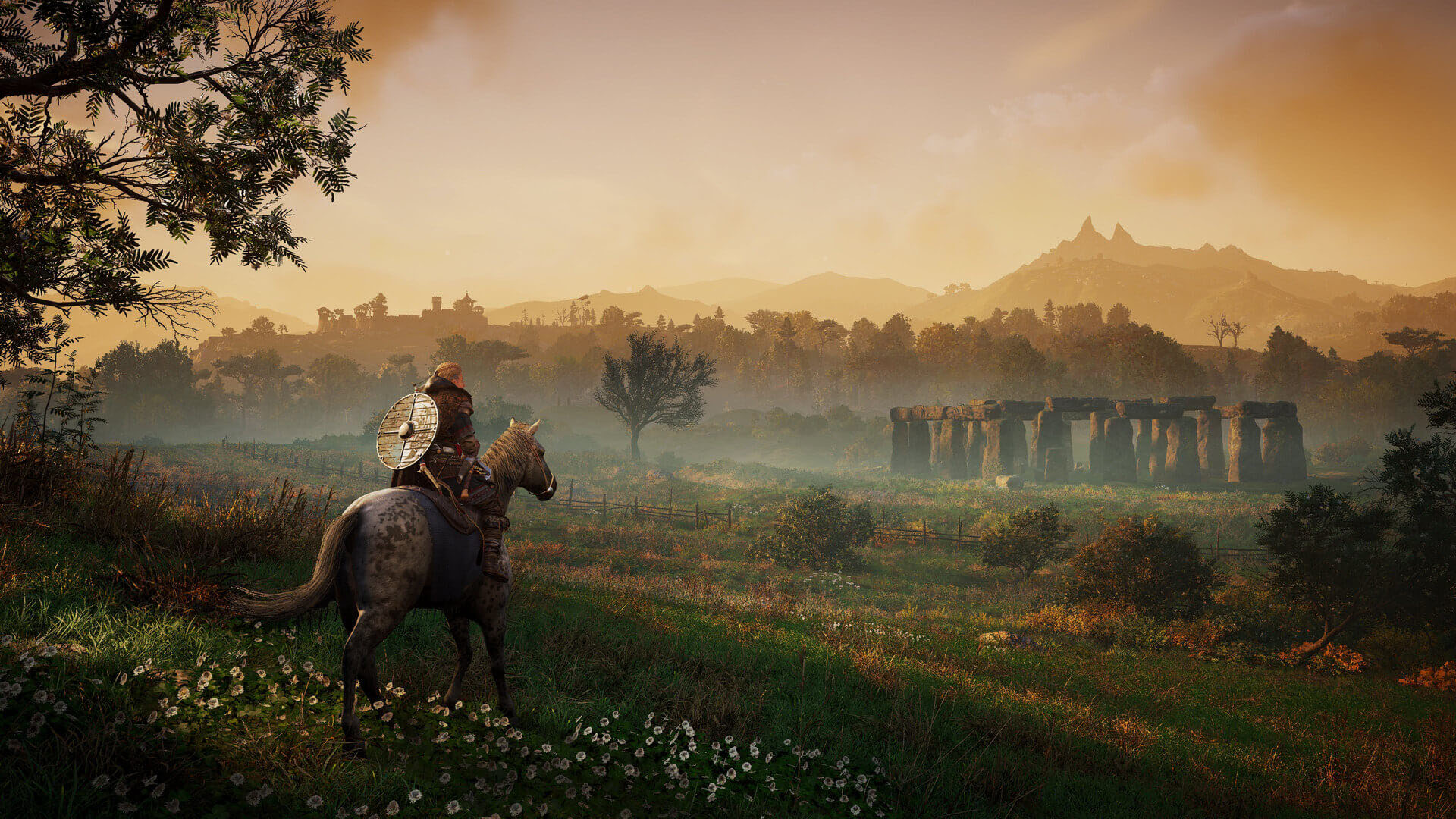 Sail across the icy North Sea to discover and conquer the broken kingdoms of England. Immerse yourself in activities like hunting and drinking games or engage in traditional Norse competitions like flyting – or, as it’s better known, verbally devastating rivals through the art of the Viking rap battle. 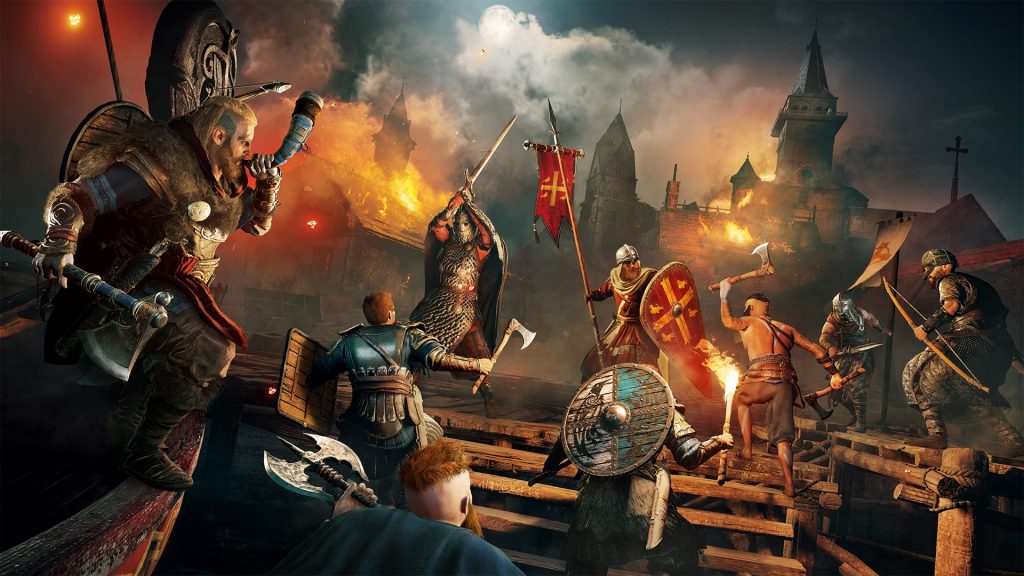 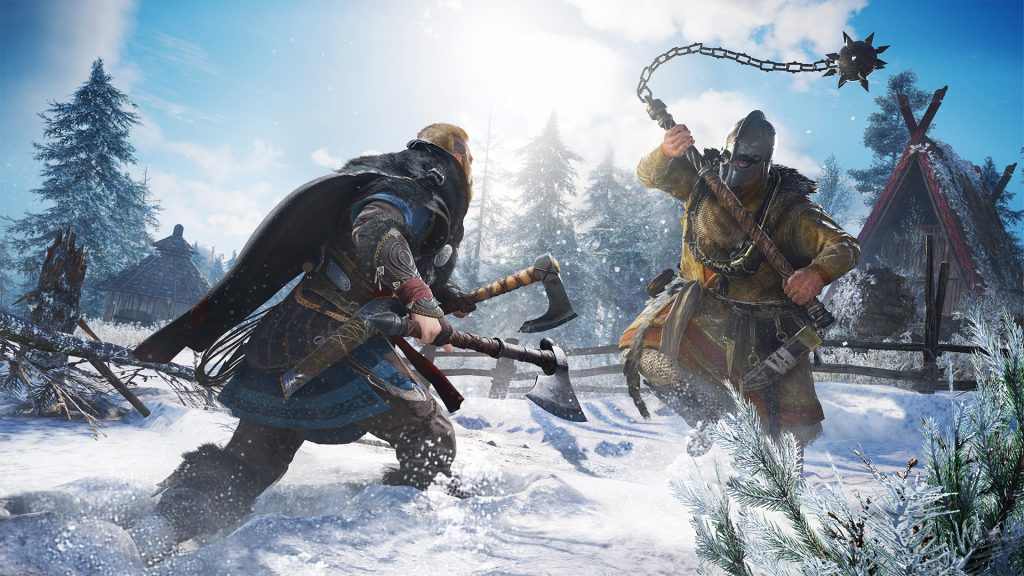 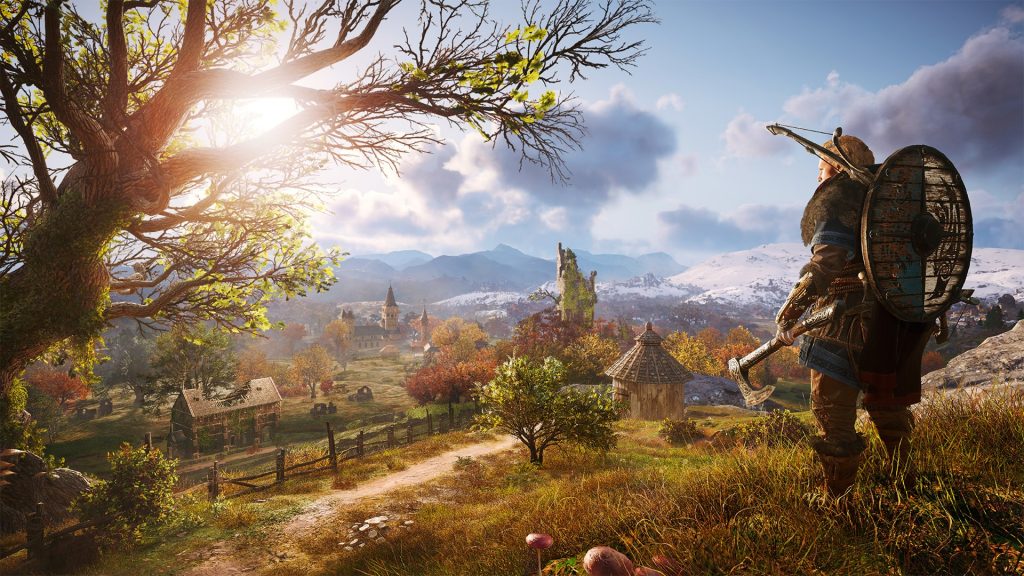 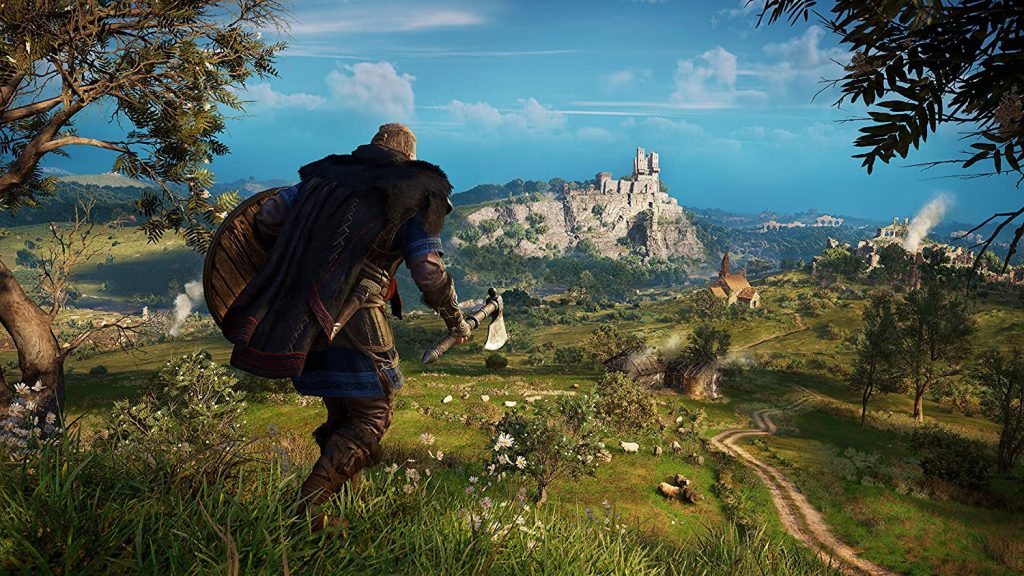 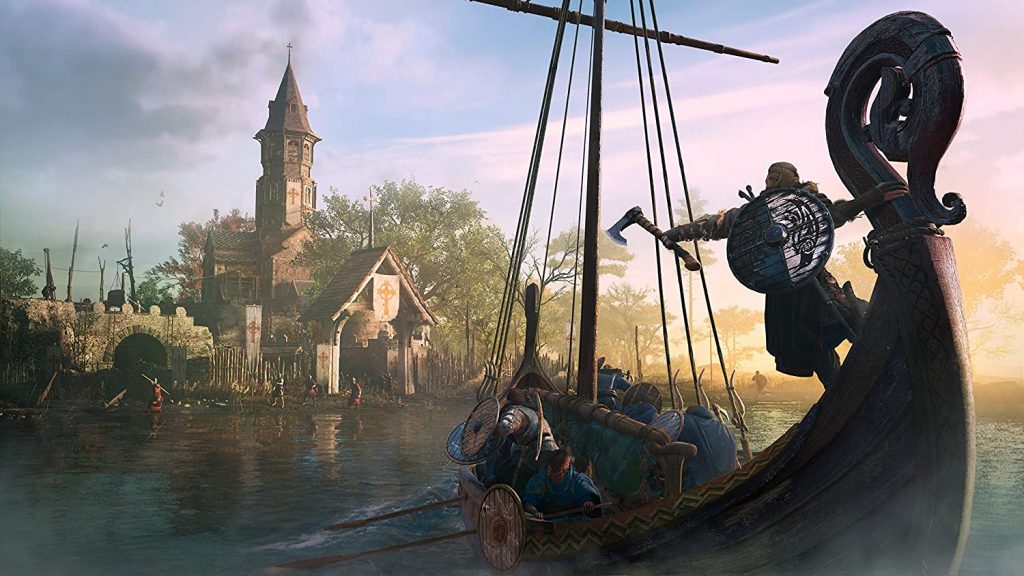 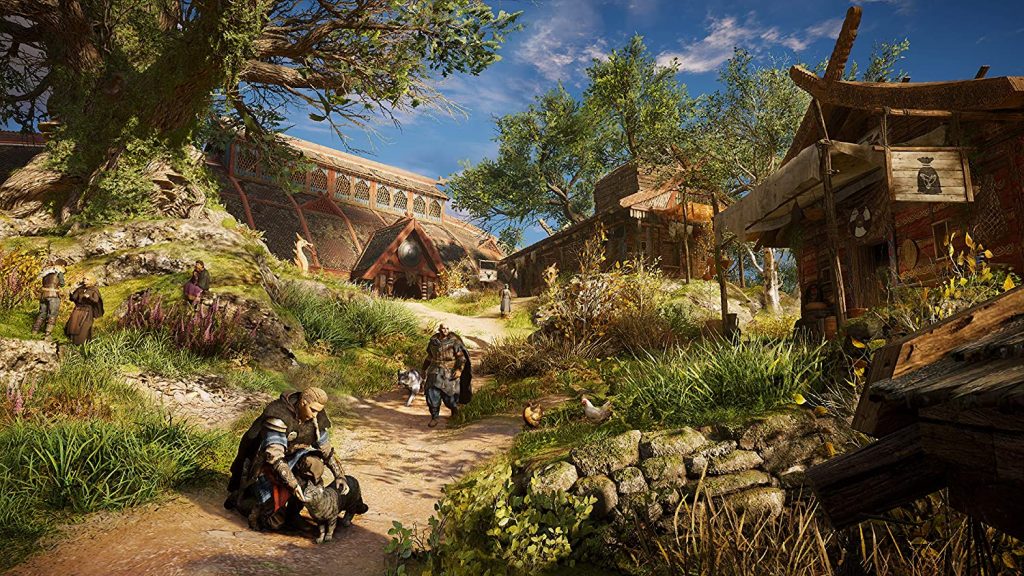 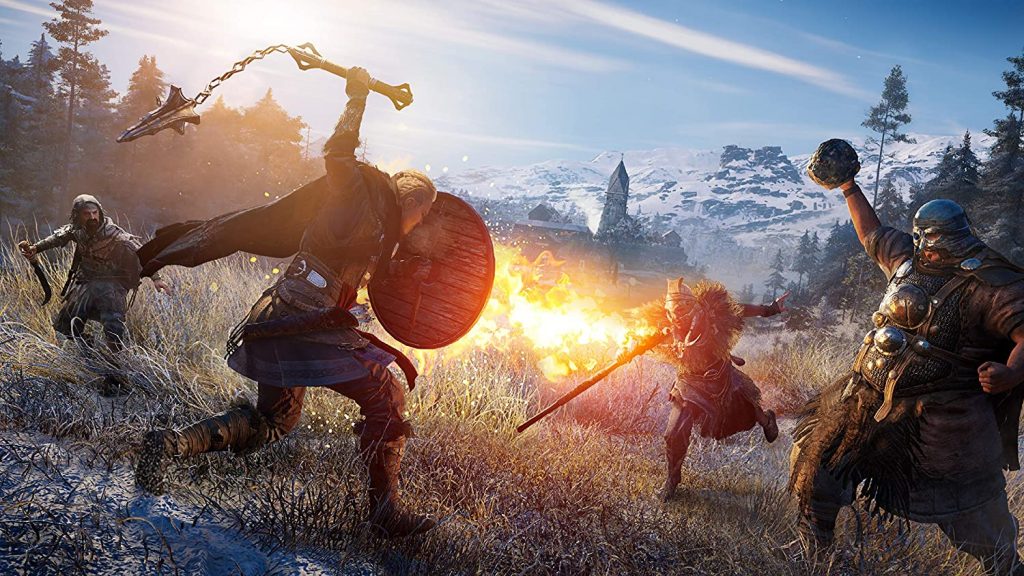 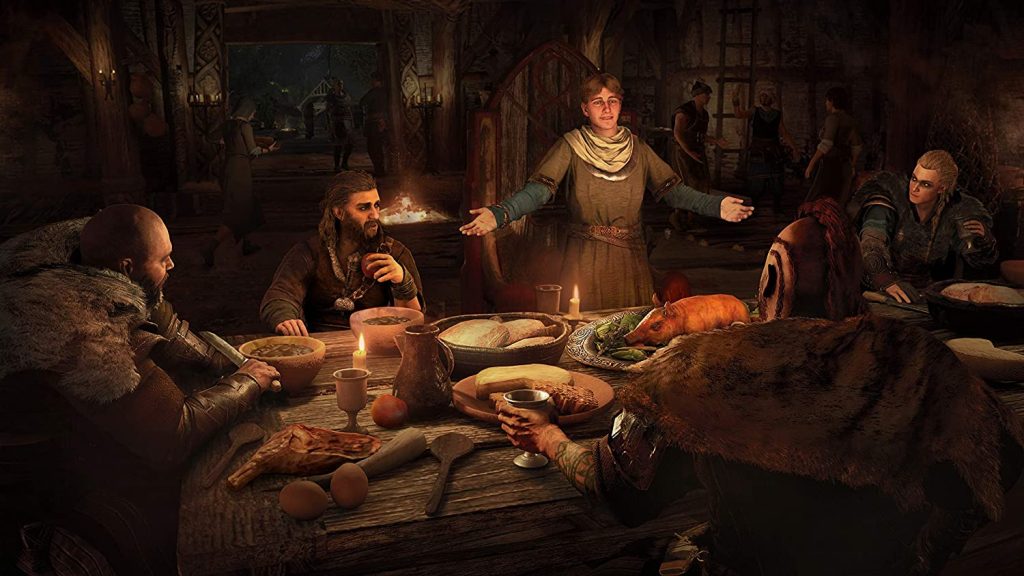 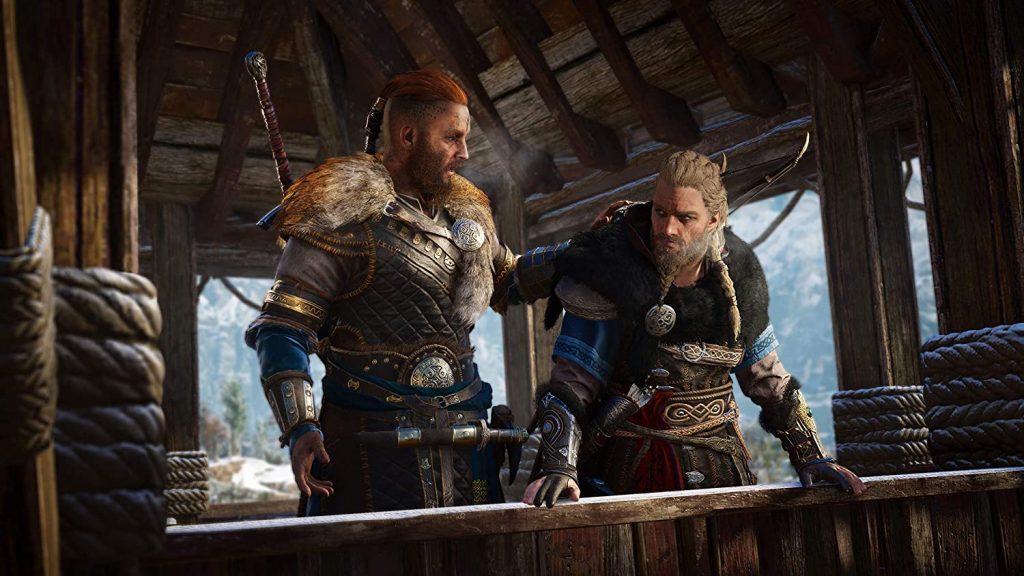 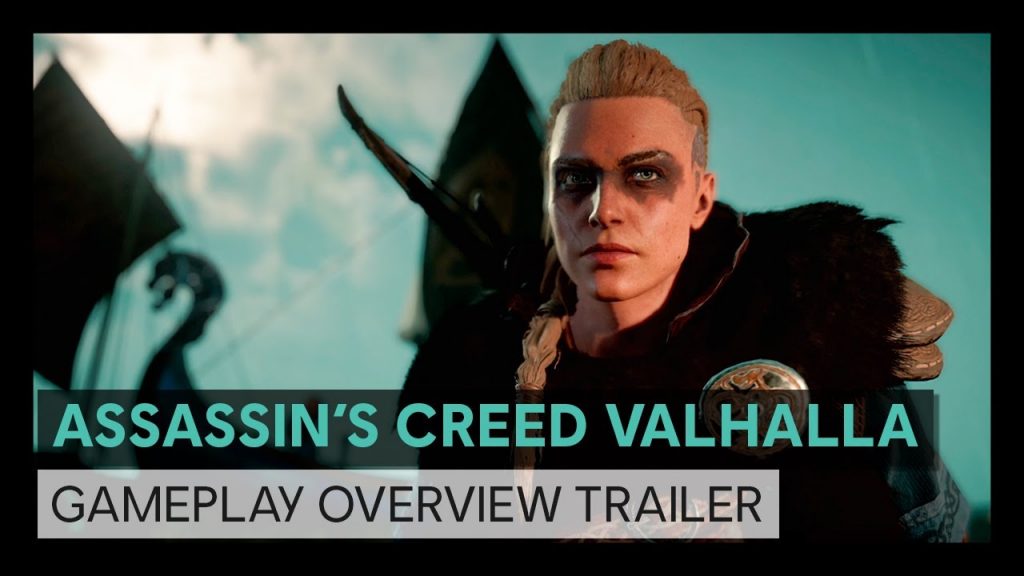 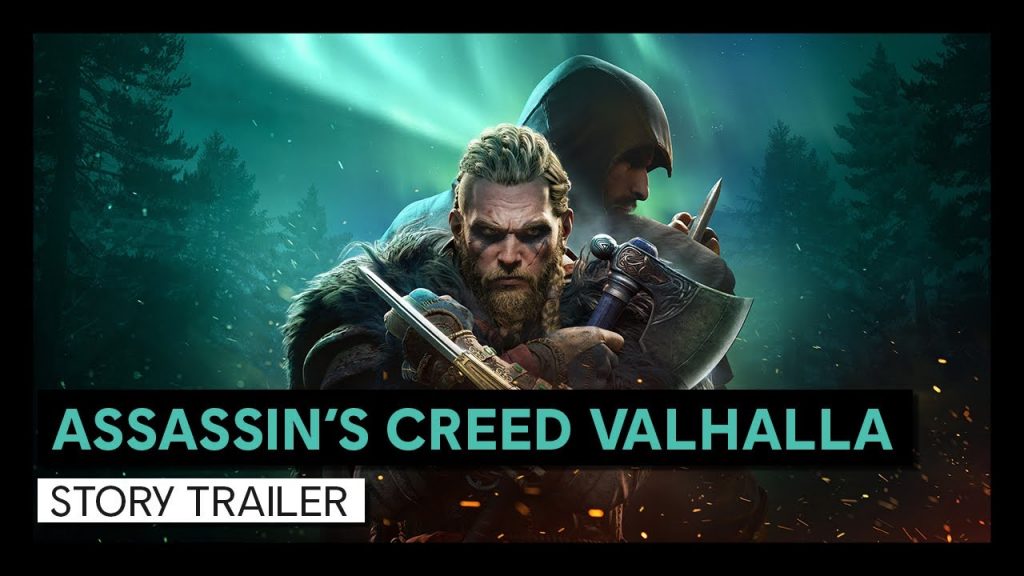 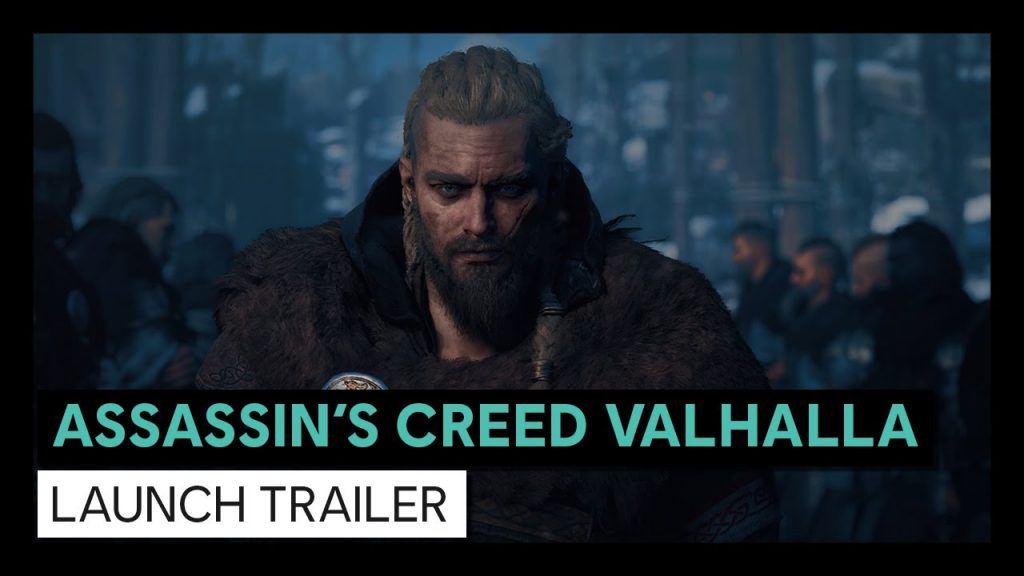